Barrister Abdur Razzak, the main legal counsel for Jamaat’s accused leaders, has been abroad for almost three months now; when will he return?

Barrister Abdur Razzak, Assistant Secretary general of Jamaat-e-Islami is not likely to return home anytime soon. He is presently in Saudi Arabia to perform Umrah. He left Dhaka on December 17. The very next day a case was filed against him at the Kalabagan PS for destructive activities under the Explosives Acts.
The case was filed the day after he left Dhaka, December 18, naming him as the accused along with a number of other local Jamaat workers. The case was filed by Assistant Sub-Inspector of Police Abul Kalam Azad.

Investigating Officer of the case, Sheikh Morshed Ali, says, “A total of 33 identified persons and another 50/60 unidentified persons have been accused for exploding bombs and damaging property outside Jinjinra Hotel on Green Road. Barrister Abdur Razzak’s name is included in this list. Investigations reveal that he wasn’t in the country on that day. His name was included erroneously.”

This investigating officer is presently in training in Tangail. Speaking to PROBE over the phone, he said, “Musharraf Hossain, Jamaat’s Kalabagan unit Secretary, has been arrested under this case. However, Barrister Razzak’s name may be dropped. Mohammed Iqbal, Officer-in-Charge at the Kalabagan police station, refrains from making any comment on the issue.
In the meantime, Barrister Razzak’s absence has thrown the junior lawyers dealing the cases of Jamaat leaders under the International War Crimes Tribunal, into a quandary. They lack the experience and skills in dealing with the Appellate Division. Tajul Islam, legal counsel to certain accused Jamaat leaders, says, “Barrister Razzak is an experienced lawyer. It is difficult to argue cases in the Appellate Division without him.”
Abdur Razzak first left Dhaka for the United States. He then went to London and way staying there. He came to Saudi Arabia last week to perform Umrah. Party sources say he is lobbying among western countries, Muslim countries and international human rights institutions, regarding the International Crimes Tribunal (ICT) cases.

In the meantime, his absence for over the last two and a half months has created a degree of confusion among Jamaat leaders and workers. It is being said that he is abroad, lobbying in international circles to save the incarcerated Jamaat leaders. The Jamaat leaders and workers fear that Barrister Razzak may be arrested upon return. The government has prepared grounds for his arrest through the charges filed against him. That is why he has no intention of returning home any time soon. Barrister Momen, a junior of Barrister Razzak, maintains that he is abroad on personal work.”

Concerning the case against his father, Abdur Razzak’s son Barrister Imran says, “It is undoubtedly a false and a ridiculous case. My father went abroad on December 17. The charges were on December 18. We are really surprised.” He could not say when his father was likely to return.

Tribunal-2 sentenced Abdul Qader Mollah to life imprisonment on February 5 last year. The law was later amended and he was sentenced to death. He submitted an appeal but finally he was hanged on December 12. Maulana AKM Yusuf passed away in prison, under trial.

In consideration to his age and ailments, Tribunal-1 accorded Professor Ghulam Azam a 90-year prison sentence on July 15 last year. His case presently awaits hearing in the Appellate Division. Hearing of the case against Maulana Matiur Rahman Nizami in Tribunal-2 ended on November 20. The verdict was to be passed, but the pace of the case slowed down as the Tribunal Chairman went into retirement. The case will be heard again in Tribunal-1 and then the verdict passed.

Tribunal-1 passed the death sentence on Delwar Hossain Sayeedi on February 28, 2013. The case now lies with the Appellate Division of the Supreme Court. The hearing of Abdus Sobhan’s case hasn’t begun as yet.

On July 17 and on May 9, Ali Ahsan Mujahid and Qamaruzzaman respectively were sentenced by Tribunal-2 to be hanged. Their case now awaits hearing at the Appellate Division. The hearings of the cases against ATM Azharul Islam and Mir Kasem are underway.  At this juncture, Barrister Abdur Razzak left the country on December 17.
It’s a ridiculous and false case: Tajul Islam
Arguing the cases of the accused in court has become uncertain. The spanner has been thrown into the works by Barrister Abdur Razzak leaving the country. After all, he is the main legal counsel for the Jamaat leaders in the ICT and in the Appellate Division of the Supreme Court. Tajul Islam, another lawyer dealing with these cases, spoke about this crisis. He blames the aggressive attitude of the government for this situation.

“With Barrister Abdur Razzak out of the country, it is not possible to provide proper legal defence in these cases,” says Advocate Tajul Islam, “We are facing a crisis particularly in dealing with the cases in the Appellate Division.”

“The government is so desperate, they filed charges against Barrister Razzak under the Explosives Act, even though he was abroad at the time. Yet this is a man who has never even joined in a procession. This case is ridiculous and false. We believe the government is intentionally harassing him in this manner so that the Jamaat leaders cannot be defended properly in court.”
Advocate Tajul Islam continues, “Barrister Razzak hasn’t done anything wrong so it is not true that he will not return to the country. Certain quarters are intentionally spreading such rumours.” 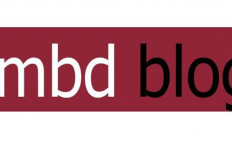 Jamaat and the sunk cost fallacy→ 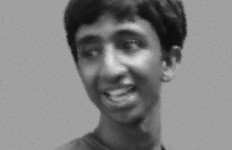 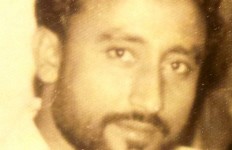